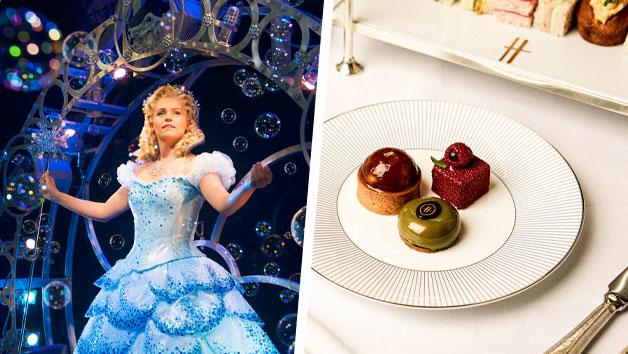 Red Letter Days
Savour two of the most decadent British pastimes with theatre tickets for two and a delicious afternoon tea at The Harrods Tea Rooms. Watch one of a selection of mesmerising performances in the West End, selected from an exciting range of esteemed theatre shows. Journey through the plains of Africa as Simba embarks on his epic journey in Disney?s The Lion King or witness as Wicked defies gravity with a magical performance on stage. As well as tickets to a dazzling theatre show, this package also includes a scrumptious afternoon tea for two people at The Harrods Tea Rooms. Delight in a selection of teas expertly chosen by Harrods? Tea Tailor. Soak in the opulence and splendour of these luxurious surroundings whilst savouring a variety of sandwiches, savouries, pastries and fluffy scones layered with clotted cream and jam. Celebrate a special occasion in style or simply get a taste of the high life.